First things first, you have to know why foundation problems occur in order to rectify them. Once the problem is identified, it then makes taking the right process to correct it and ensure it doesn’t happen again. 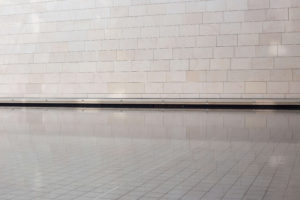 Seasonal moisture is a major cause of cracks within the foundation. Soil expands and contracts. So adding excessive moisture due to rain or under-slab plumbing leaks, frost heave means that the soil expands and gains volume. The soil that is affected the most is clay soil. They have the greatest moisture retention which doesn’t bode well for foundations. The soil expands due to the moisture which then stresses the foundation and causes uneven floor sections in the basement. It also results in sustained seepage along the basement doors. When the doors aren’t closing correctly, one of the causes could be due to the uneven foundation. Another side effect of foundation problems due to the soil is that a basement’s sheetrock could also crack.

If construction of the foundation and the building weren’t done correctly, problems will arise sooner rather than later. If the footing area for the foundation is small or restricted, stress won’t be transferred and be absorbed by the main foundation instead of the sub-flooring. The constant pressure and eventual rotting of the soil under the foundation cause the basement to sink into the underlying soil.

When is Foundation Repair Necessary?

If cracks are clearly visible from the outside of the building then it’s time to look into it further. The cracks might not be all that is wrong with that foundation slab. If doors are not closing or opening properly then that is also another sign that the foundation is moving, which it shouldn’t be. If after a rain or storm, the water surrounding the building isn’t draining properly or at all, all of that water can damage the concrete and create mold. The mold can reach other places of the building such as wood and damage it.

Call us to help with your foundation repair or if you’re in the process of starting a new construction project, we are the experts.