In the last several months, the solar industry has done a majority of the heavy lifting in incentivizing new, and cheaper techniques of anchoring structures onto earth. The largest development has been concerning Earth Anchors and their implementation in the anchoring and assembling of ground-mounted solar rigs. Their greatest is in eliminating the need for in-depth geological assays, large equipment, or skilled crews. This comes at the cost of their quality lifetimes.

Designed with the intention of minimal impact, and no abandoned assets, Earth Anchors rely on the shear resistance of the above against the anchors needed tension. This leaves it vulnerable to changing soil conditions, similar to how a reinforced earth berm relies on its own internal shear resistance, but upside down and against its own weight. Helical piles still maintain their prevalence in large projects, which rely on security in shifting soil conditions. The Coonamesset Greenway project is a high profile project that uses helical piles.

This where their ability to support their surrounding soil as well as be an anchor, makes them preferable for the numerous types of bridges. It would then be impossible using less sturdy or bulky techniques in the swamps and high water tables of certain regions. Additionally, sunken concrete foundations have been largely dispelled from use in the aforementioned project types. Their maintenance often is costly and equally infeasible as their installation.

Recent evaluations have concluded that large sunken foundations in unstable and wet soils tend to exaggerate the deformations in soil integrity. There becomes a point where small particulate sludge consolidates, deforming the above structure. Driven screw piles, and even fully threaded helical piles tend to secure the soil around them. They use angled tension on the above earth which increases with anchor tension. Thus producing the opposite effect of large sunken foundations. Additionally, the difference between the volume of the securing foundation, and its surface area along the plane perpendicular to the soil’s shear angle increases the solid strength, relying on similar concepts of the earth anchor. Several designs for more conical screw piles are in development, though not implemented yet.

Despite this growth of development, foundation repair methods have hardly expanded. Even with the accompaniment of high market activity and the growth of a particularly prominent company in Texas. It would appear as if the concentration is being placed on developing installation techniques that significantly decrease the need for repair. This opposed to developing better repair and maintenance techniques, which tend to be expensive and ecologically impactful. 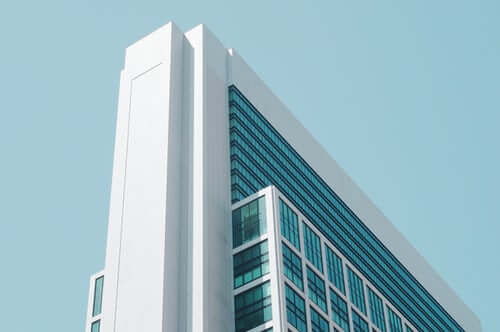 If you’re looking for a commercial construction company, we’re the one to call! We provide services in Chicago, Chicagoland, and Milwaukee.